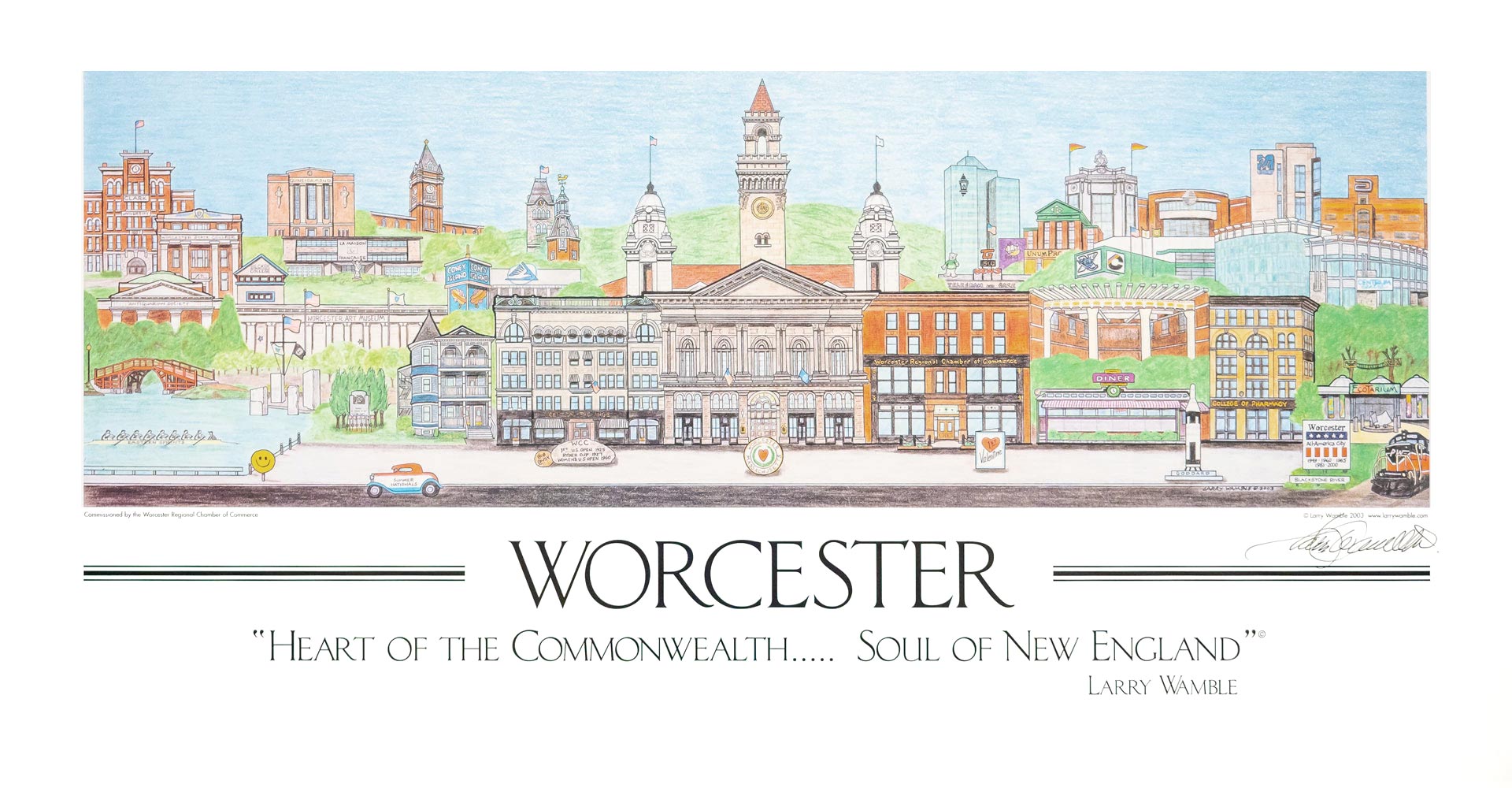 “Heart of the Commonwealth… Soul of New England”

Worcester – Five-time All-America City. Where you find world-class convention and sporting arenas, a myriad of museums and societies, peaceful parks, suits of armor and international corporations.

Where you can stand on hallowed ground paying your respects to the bravery and sacrifice of Vietnam vets or six fallen fire fighters. It is a city of wondrous architecture, from the jewel that is Mechanics Hall to the unique design of the Three Deckers.

A place where the “can-do” soul of a hard-working mill town has carried over into modern medical miracles, cutting edge bio-tech research and innovative modes of distribution and transportation. Heart and Soul. Worcester. All captured on this amazing commissioned Larry Wamble art print.

Plus $9.50 shipping and handling
(via Priority Mail, typically within 24 hours of ordering)

We could not be more pleased. Larry has captured not only the look but the very spirit of our city with this stunning art print.