Years ago on a freezing cold November day in Oxford, Mississippi, Larry and wife Connie, with nothing in particular to do, started making the rounds. It turned into one of those great “spontaneous” fun days where nothing is planned . . . it just happens.

Later, they wound up on the Square gazing at the historic Courthouse and the brightly-illuminated windows of Square Books. Up the stairs, at the Downtown Grill and City Grocery, they merrily traveled seeing old friends and making new ones. Then, much later, while climbing the steeply inclined alleyway from The Gin to check out the last call at Proud Larry’s, it happened. Huffing, puffing, and freezing to death Connie ventured, “Wouldn’t it be nice if all the places we liked in Oxford were all next door to each other on the Square. It would be the perfect block!” It was like lightning striking. It was genius, pure genius.

Well, Larry remembered Connie’s revelation and decided to draw the “Perfect Block” as a gift to her. He had never had an art lesson but had always been blessed with a keen eye for detail and plenty of raw talent. He had been able to draw and create ever since they gave him one of those fat pencils in the first grade.

Connie loved it and shared it with their friend, Ronnie Stoots* a true graphic arts guru. Stoots was impressed and offered the idea of making it into an art print, “and put that slogan of yours on there, the one about Ole Miss folks never losing a party and I promise you it will be a hit!”

Thankfully Larry heeded Ronnie’s wisdom, just as he depended on Connie’s encouragement. So, thanks to them and to fat pencils, the first “Perfect Block” art print was born.

*Ronnie Stoots was a man of many talents. He was once known as Ronnie Angel and was the lead singer for a Memphis group known as the Mar-Keys. He had a vocal hit “Angel Tears” (hence his stage name) and the group later had the Number One record in America, “Last Night.” His talent was very instrumental in establishing Stax Records (with his band members from the Mar-Keys, like Steve Cropper and Duck Dunn, who had re-named themselves Booker T. and the MG’s.) It was also about this time Ronnie developed his talent for graphic arts which he used to design the album covers for legendary Stax records including those for Otis Redding.  He also designed the iconic Stax logo. 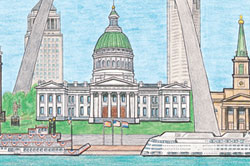 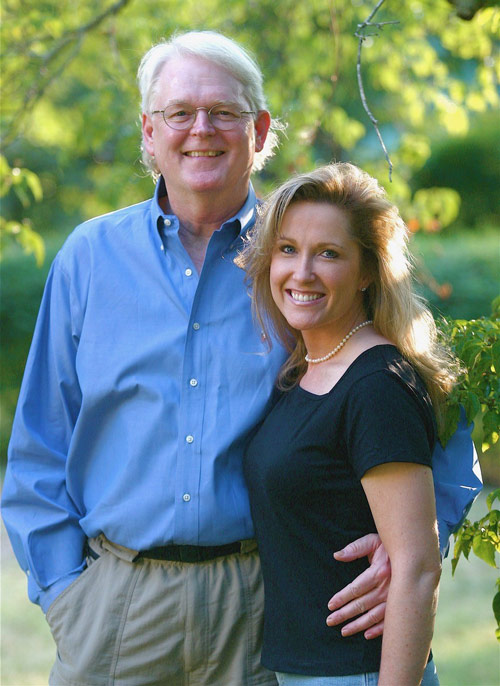 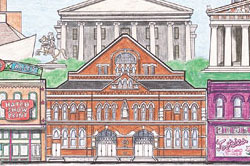